May 10, 2021
The Thirfty Rocketeer blog continues... It wasn't long ago that I stumbled upon a cartoon that had run in a 1966 comic book. The format was of a hobby shop where "Cap" (a rotund fellow who looked a lot like Mr. Wilson of Denis the Menace fame), answered questions and gave hobby tips to young boys. This particular comic stressed the need to read all the instructions thoroughly, as it was the most common problem that Cap ran into when solving problems. I shared this on Facebook, and the first response from one of my former co-workers who shared a love of rocketry caught me off-guard. I had to read it twice before I got it. It said,  "What are these instructions of which you speak..." That explained a lot right there...
Post a Comment
Read more 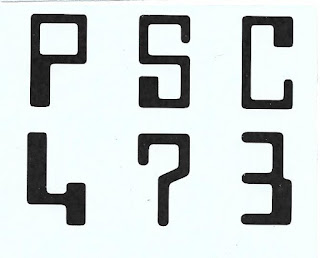 The Thrifty Rocketeer bog continues... Well, it all started simply enough several years ago, when I was flipping through the clearance section of an on-line rocket supplier retailer. I was looking for a bargain, and my eye noticed several cheap prices for what turned out to be water-slide decal sheets.  The first was a Dr. Sues influenced head shot with the name "SAM-3" in big bold lettering.  I took a moment to reflect on what else could be spelled from these letters, when I realized you could turn the 3 into an "E".  I then took those four letters into a Jumbo-solver app and didn't really get anywhere. So I returned to  the hunt. Shortly, I came across another sheet that was part of the Infinity rocket, with very modern, stylized printing like you would see on the bottom of your printed checks.  The Value read "PSC 473" along with some other design elements. Again, I started turning this over in my  mind's eye, and realized you could invert th
Post a Comment
Read more 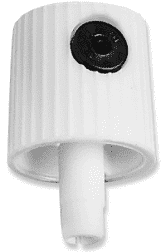 The Thrifty Rocketeer blog continues... We've all been there. You're getting ready to paint the finish coat on your rocket, when you pick up the rattle can, only to discover that the nozzle is clogged.  No matter how you push or twist, poke or scrape, the paint has clogged the opening and there's just no way to get that can to spray. Most of us would just move on, and pick up a new can of spray paint at our nearby store. But not all of us have the option.  Either:  the paint is no longer being produced..  the store is too far away...   we've run out of time...  the color won't match... Sometimes we've taken an Exacto knife and scraped away at the pile of paint that is clogging the pinprick hole in the nozzle with minimal success. Some of us have taken the plastic nozzle off and soaked it in turpentine, hoping that it will loosen it. And some of us have pried at the pin hole with a needle or pin, trying to get it to open, if only for a few brief shots. But the b
Post a Comment
Read more

Rocket Rescue from a Tree 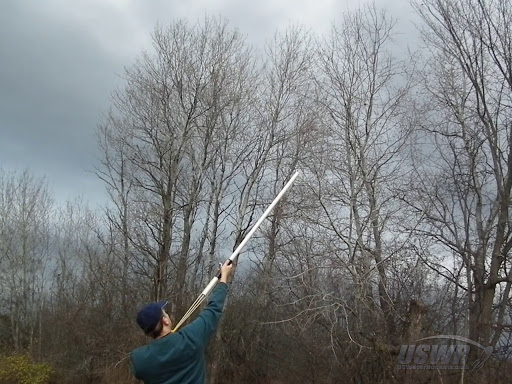 The Thrifty Rocketeer blog continues... You know, inspiration for these blog entries come from all over. Like today, while out mowing the launch circle we affectionately call our "crop circle", I looked up at an adjacent woods and wondered where the missing chute and nosecone from a late fall recovery could be.  And there it was... high up in the tree. Deciding to post about it on our club website, I did a simple google search for "Model Rocket in Tree" and came up with several photos of various rockets.  Little did I know that they were all from the same amusing blog entry. I'm not kidding. Someone had made a blog entry about this problem in the same humorous vein that I would have. And it's charming! Since I'm not one for stealing another's work without credit, let me just link you to his blog " RobotRoom.com"  with a caveat that his typical post is about electronics, robots and machining.  And so this is quite out of left field, and VER
Post a Comment
Read more

The High Cost of High Power

March 29, 2021
The Thrifty Rocketeer blog continues... It should be obvious by now that I'm a low-power kinda guy who is straying into mid-power, but not very experienced with high power. Now, recently, there's been a fad to build upscale Der Red Max and Estes has responded with a kit called Der BIG Red Max.  When the price fell on a special sale to what I could afford, I pulled the trigger and got one for $29 plus tax. Almost immediately, I was advised that there is/was an upgrade kit to buy plywood centering rings and plywood fins to improve the rocket to accept higher power motors. Note that the original kit specifies E16-5 or F14-5 motors.   I weighed the value and decided to invest the $20 that I had saved for the upgrades.   Now, I had also invested in some BSI two part epoxy that cures in 30 minutes, so I could make higher power rockets.  This cost me some $15 as well. So, when things got slow, and the launch season was about to start, I had all I needed to build my upgrade. I install
Post a Comment
Read more

The Thirfty Rocketeer blog continues... A fellow Rocketeer learned that I was building a up-sized Der BIG Red Max the other day. I had bought it on a sale from a regional rocket supplier and decided to upgrade it with plywood fins and centering rings to allow more powerful motors someday. But this has opened up an interesting can of worms that I thought I might share. Now remember, I bought the licensed kit produced by Estes new in the box, PLUS a separate baggie that holds replacement 1/8" plywood fins and centering rings.  I am not reselling nor producing anything other than my personal rocket with these materials. So, my friend, who is preparing to build his Level 3 rocket from scratch, asks me if I could give him the measurement of the nosecone for him.  No problem.  It is 12.5" long, and fits into a 3" body tube. As it's hard to find balsa wood, I figure he's either going to turn his own nosecone on a lathe, or order a nosecone of the same dimensions.  Eith
Post a Comment
Read more 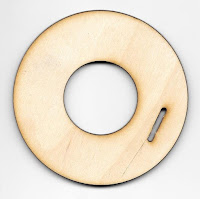 The Thirfty Rocketeer blog continues...   My very first rocket ever built was the Freedom III, which was a skill level 2 rocket without much sophistication. In fact, the clerk tried to talk me out of it, as I was an adult with some wood working skills. But I remember being SO SLOW and CAREFUL as I built it, as I had no idea what I was doing, nor how it could go wrong. (In fact, the things that DID go wrong were as a result of  my choice of the wrong glue, --not the fault of the kit.) Now, I recall being amazed that the punch-out centering rings would fit so smoothly, so securely into the body tube, that I was surprised to see the rocket coming together.  Later on, it dawned upon me that EVERY rocket must have some form of centering rings and that it would be a common design element. I recently purchased a box of Big Red Max, the up-sized version of the classic Der Red Max. Everyone I spoke with urged that if you were going to use larger/stronger motors, you HAD to replace the card
Post a Comment
Read more
More posts